McLean County Republican Chairman, Connie Beard, released an update of Republican candidates slated for the 2020 General Election.   “We have a diverse group that offers a good balance of fresh new voices and successful leadership that we believe will serve our community well”, said Beard.

Wanting to continue their service on the county board are Catherine Metsker from District 1; Bill Friedrich, District 2; George Wendt, District 3; John McIntyre, District 5; Jacob Beard, District 7; Susan Schafer, District 9; and Josh Barnett, District 10.  Beard stated, “Our Republican led county board has done an excellent job of holding back tax increases while meeting the growing needs of the county in health, welfare and safety needs.  They are eager to build on their success of providing good service and value to the people of McLean County”

In addition to the large slate of Republican county board members, there are several county wide offices held by Republicans that are up for reelection. County Coroner Kathy Yoder; County Auditor Michelle Anderson; County Circuit Clerk Don Everhart; State Attorney Don Knapp and 11th District Court Judge Jason Chambers. “These public servants bring experience and skills vital to their position. We are so proud of the hard work these Republicans have given to serving voters.  Our community is fortunate to have these principled and effective people in office.”, said Beard.

Republican strength is echoed in the congressional level as Congressman Rodney Davis and Congressman Darin LaHood are both seeking reelection in their respective districts.  Representing Republicans in the U.S. Senate race will be Mark Curran.

According to Chairman Beard, “We know that the election season of 2020 will be a hard-fought battle.  Voters cannot afford to sit out this next election.  Our goals are informing the voters about the issues and skills that set our candidates apart from their challengers. We believe once the voters understand those differences, they will make the right choice. Our county Republicans are confident that we will succeed with such a strong and diverse array of candidates who offer a depth of experience and a track record of working for the good of all voters. “

PHOTOS OF OUR CANDIDATES 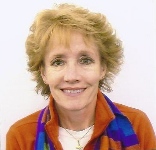