After Facebook blocked an ad honoring a police officer injured in the line of duty, the Illinois Association of Chiefs of Police started a petition campaign to lift the restriction, arguing that Facebook made a mistake.

But Facebook says it correctly blocked the ad based on its advertising policy, which says any ad mentioning political figures is a political and needs additional verification. Illinois Association of Chiefs of Police can still promote the ad as a political ad through an authorization process, Facebook told The Epoch Times.

The ad promotes East Peoria Police Department patrolman Jeffery Bieber, who was awarded 2021 Most Outstanding Law Enforcement Officer of the Year by Illinois Association of Chiefs of Police (ILACP). 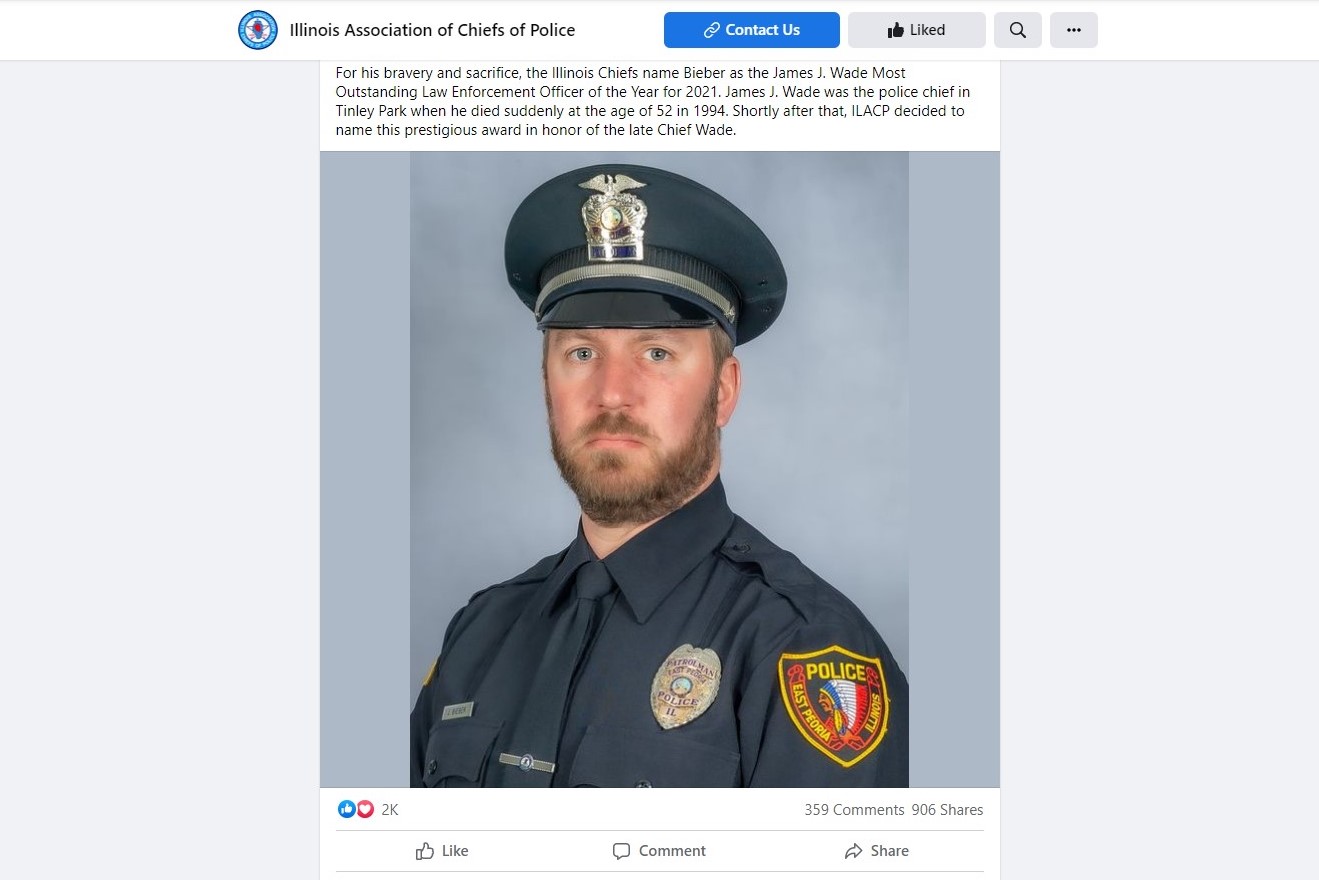 On February 2, when responding to a domestic disturbance call, Bieber was repeatedly stabbed in the head and neck by Joshua Crites. Bieber backed away, used his taser, but still could not subdue Crites. Bieber finally shot Crites when Crites got on Bieber’s back. Crites died on the scene, according to a Facebook post by ILACP.

Facebook told The Epoch Times the ad was rightfully blocked because was political. Facebook policy treats any ad that mentions politicians or officials appointed by politicians as political ads. ILACP’s ad mentioned Bieber’s nominator, East Peoria Police Chief Brodrick, who was appointed by Mayor John Kahl and the City Council, according to emails from Facebook.

ILACP executive director Ed Wojcicki told The Epoch Times, “It is a stretch to call that political. In fact, it is ridiculous.”

In the past, Facebook also blocked some legislation-related ads from ILACP, and the ILACP only chose to fight back this time because it is about promoting a good police officer, Wojcicki said.

ILACP started a petition to gather public support to overturn Facebook’s decision. The petition has gathered about 3,000 signatures by August 6.

As to Facebook’s suggestion to promote it as a political ad, ILACP will not take it.

Under Facebook policy, all political ads must go through an authorization process, which asks for personal information such as a driver’s license and a U.S.-based residential mailing address. Facebook told ILACP that it partners with trusted service providers and encrypts personal information for safe storage.

Wojcicki replied to Facebook that people in law enforcement have a right to keep their personal information private, and no other company in the world asks ILACP for that kind of information to do advertisements, according to emails Wojcicki shared with The Epoch Times.

The Epoch Times asked Facebook if any other law enforcement organizations had similar concerns. Facebook did not respond by press time.