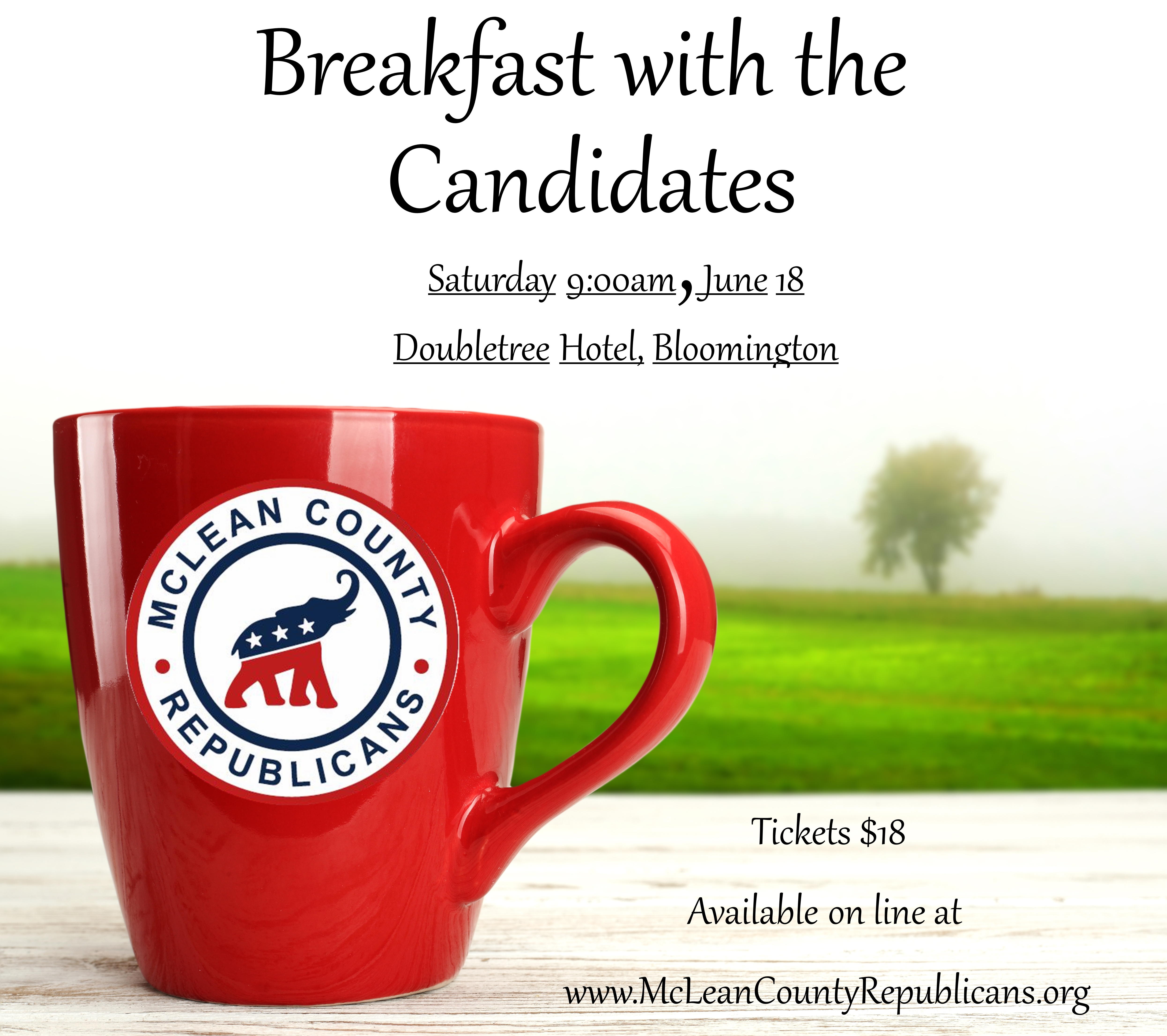 Following on the heels of a successful May event the McLean County Republicans are hosting a 2nd Breakfast with the Candidates on Saturday, June 18 at 9:00am at the Double Tree Hotel in Bloomington.  It will be a great opportunity for voters to hear directly from the people asking for their vote. Candidates for Congress, State Offices, Judges and County offices will be present. At this point the featured speakers will be:

In addition to learning more about those asking for your vote there will be door prizes and updates on events to come this summer.  It is a great opportunity to learn and to have an impact on the future of our county.  Tickets are $18 and available online at https://www.mcleancountyrepublicans.org/june_2022_candidates_breakfast